Life is Strange: True Colors is the third main installment of the popular series of episodic adventure games, launched in 2015. The production was developed by Deck Nine studio - authors of the warmly received prequel to the first part of the series, entitled Life is Strange: Before the Storm. Unlike previous installments of the series, LiS True Colors was not divided into episodes.

The main heroine of Life is Strange: True Colors is Alex Chen. The protagonist has been gifted with supernatural powers that allow her to read, absorb, and manipulate the emotions felt by others. When the feelings of her interlocutors, which she can see in the form of colorful auras, are too strong, Alex is unable to face them and completely gives herself over to them. All this makes her perceive these abilities as a curse.

We meet the girl when she arrives in Haven Springs. The small mining town in the U.S. state of Colorado is soon shaken by the news of the unexpected death of her brother, who supposedly died in an accident. Refusing to believe it and trying to discover the truth, Alex establishes a relationship with the residents of Haven Springs and gains their trust, while following the many secrets hidden by the local community.

The game's plot is non-linear, so the choices we make during gameplay decide what Alex's fate will be like, who she will befriend, who she will make her enemy and who she will fall in love with, as well as how she will be perceived by the local community.

In Life is Strange: True Colors the action is shown from the third person perspective (TPP). During the game we explore picturesque (but hiding dark secrets) Haven Springs and conduct numerous conversations. Dialogue issues we choose affect the course of the story and influence Alex's relationships with various characters, led by Ryan and Steph, each of whom can become a friend or even more. In addition, we often have to use the girl's supernatural abilities, but it's worth doing so with caution, because the use we make of them often has a significant impact on the fate and lives of others. In breaks from following the personal storyline we can indulge in a bit more mundane activities, such as dressing up (closet includes more than 20 outfits for Alex) or listening to music.

The game's soundtrack includes compositions by mxmtoon and Novo Armor, as well as licensed tracks from Radiohead, Phoebe Bridgers and Gabrielle Aplin, among others.

Life is Strange: True Colors stands out from the previous parts of the series due to its visibly better graphic design. Locations have become more detailed, as have the faces of the characters, which have a much greater amount of detail than in earlier installments of the series.

PC
Life is Strange: Before the Storm Complete Edition
Adventure 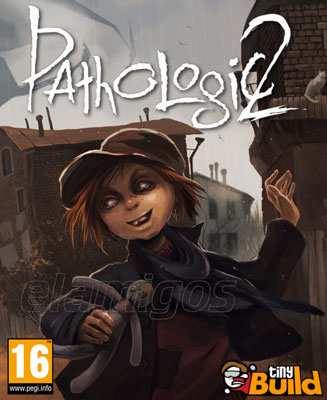