Yooka-Laylee and the Impossible Lair: collect and bring down the corporation

If you’re among those players who are tired of playing pixels or games with human characters, then here’s a good chance for you! Yooka-Laylee and the Impossible Lair PC game would rather help you to spend your time with some other mammals and reptiles in the game world! Interesting right?

Yooka and Laylee, a male chameleon and female bat respectively go through a lot of adventures to get their precious book back from the Ivory Towers Corporation which the evil side. They have to cross many levels of difficulties to get their book back from the headquarters. They eventually manage to collect all the pages of their precious book and assemble it back after a climax fight against Capital B, the CEO of the evil corporation. After they have earned this victory they give a big party at the Shipwreck Creek and they invite everyone who was involved in this adventure of theirs. They decide to lock the book up for safety reasons. The credits reveal that Hivory Towers was a small portion of a bigger organization V.I.L.E.

The game is a platform game and is played from a third-person viewpoint. The player is supposed to control the two characters, Yooka and Laylee. They go on an adventure together on the campus of the Hivory Towers while you help them explore their environment. The adventures in Yooka-Laylee and the Impossible Lair free are contained in magical books and they are to complete challenges to achieve ‘pagies’. ‘Pagies’ are pages of the golden book that is the main object of the collection in the game. ‘Pagies’ can be used for expanding worlds that have already been revealed to them or for new revelations.

Yooka and Laylee will progressively learn a lot of abilities as they collect enough quills to hand over to the sales snake, Towzer. Dr. Puzz, the octopus doctor, is given collectibles that go by the name ‘Mollycools’ in their world. On receiving ‘Mollycools’, the doctor grants the characters transformations and abilities!

The game is full of play tonics that help Yooka and Laylee explore worlds and finally complete their mission. Therefore, download Yooka-Laylee and the Impossible Lair and help them get back their magical book!

Similar games to Yooka-Laylee and the Impossible Lair: 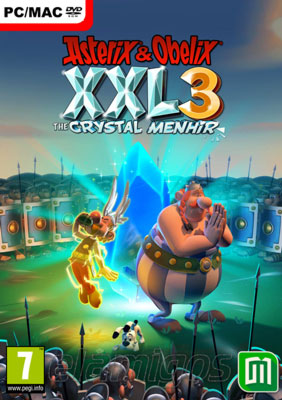 Underworld Ascendant
Psycho
this is the latest version for this game and same thing with the game Two Worlds Collection,no

Underworld Ascendant
francesco8
Hello there, is the new update version (hotfix 4.3) gonna come up as an elamigos official release?